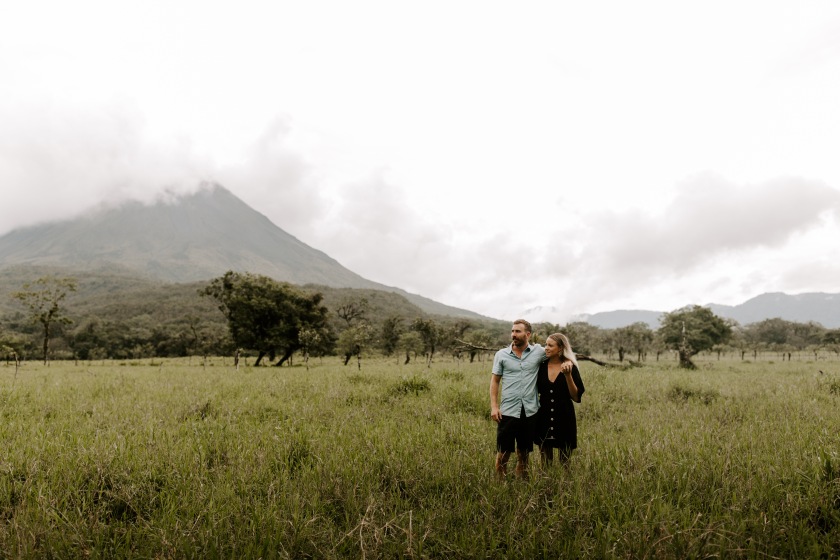 Costa Rica, a country we had done little research on before arriving. All we knew was that it was expensive, the beaches had quality surf and that we had arrived smack bang in the middle of rainy season. Yet, we discovered very quickly that Costa Rica is rich in nature, wildlife and culture. It’s a natural playground for environment lovers!

We decided the best way to explore Costa Rica was by renting a car. Public buses don’t go to many of the spots we wanted to see and shuttle transfers are very expensive. Our Dutch friends, Jordie and Tessa had a similar idea so we decided to meet in La Fortuna and begin a two week road trip in our 4WD. We picked up the car in San Jose, which was the most economical place to rent and return the car to. Costa Rica is a small country, so the distances between each town and back to San Jose are short. Making for less commute time and more relax time, exactly what you want!

LA FORTUNA, a little town about 3 hours north of San Jose is surrounded by waterfalls, volcanoes, lakes, tropical forests and so much more. During our three nights here we explored the La Fortuna Waterfall, Rio Celeste and Volcán Arenal. Unfortunately, the rains affected our ability to swim at the waterfall. The rain also changed the colour of Rio Celeste, normally a bright bright blue, the heavy water flow changed it to a greeny brown. The hike was still enjoyable, spotting two snakes and monkeys. We were lucky enough to be contacted by Lex and Jake, a professional photography couple who were interested in taking some pics of Michael and I in front of Volcán Arenal. This was an awesome experience and now we have some stunning photographs from a very talented photographer. Massive thanks to them and you can check out their Instagram!

Next on our road trip stop was MONTEVERDE. Not very far from La Fortuna as the crow flies, yet it takes a few hours to circuit around the beautiful Laguna de Arenal. We stopped at the German Bakery in the town of Arenal. Sauerkraut, German sausages, European bread and potatoes. All four of us couldn’t stop eating. A treat from the usual Latin inspired foods. Monteverde, again a little village and significantly cooler in temperature than La Fortuna. Similar to Banos in Ecuador or Queenstown in NZ, Monteverde is an adventure seekers heaven. We hadn’t ticked zip-lining off the travel list yet and Monteverde was home to the longest cable in Latin America. Sounded like the perfect opportunity to give it a crack. As part of the price we paid, those who were brave enough could also experience the 45 metre Tarzan swing. Zipping through the cloud forest was absolutely stunning, while flying high above on the Superman cable was just the same, maybe with a few more butterflies in the tummy though! Tessa, Jordie and Michael, the daredevils, conquered the Tarzan swing. There were lions roars, f bombs, screams and squeals, all at extreme volumes but they did it! Personally, the usual bus rides of South and Central America provide enough of a thrill for me, so I passed once I heard the first persons cry for help as they stepped off the end of the suspension bridge.

Our daredevils were ready for some beach time, so the next day we drove towards the coastal town of Tamarindo on the Pacific coast of Costa Rica. Instead of staying in the busier and more expensive Tamarindo, we opted to stay 20 minutes further north in PLAYA GRANDE and boy was that a good decision. Jordie found one of the best Airbnbs I’ve stayed in. With the feels of an Australian beach shack, timber floorboards and decking, open plan living and views of a private swimming pool, this place was stellar! So glad we had three nights to enjoy the serenity and bounce off to different beaches along the coast. Playa Flamingo, about twenty minutes north of Playa Grande was quiet and chilled. Alternatively, Playa Grande had a few more people but still felt so so quiet and produced some cracking learner surfing waves. We hired a longboard on our day here and spent three hours soaking up the warm water, gentle waves and stunning palms behind. For our last night, we headed into the town of Tamarindo for sunset beers and burgers.

More beach time was to follow but this time further south towards the very southern Nicoya Peninsula. This is a remote destination and accessing it is was an adventure along rough and dusty dirt roads. On our drive down we stopped at Playa Carillo near Samara. Delightful, as you lay in the warm water looking back at the rows of palm trees lining the edge of the beach. It was well worth the stop off. We then had lunch at a ‘Soda’. To fully experience the unique flavours of Central American cuisine, we ordered the Casado, one of the staples of the Costa Rican food scene. The name of the dish means “married” in Spanish, so it is a fitting way to describe the dish as it is a marriage of a variety of food heaped all together on a plate. The plate consists of rice, black beans, plantains, salad and may include chicken, beef, pork or fish. A few hours later, we arrived in MONTEZUMA and used this as a base to explore the nearby town of SANTA TERESA. The whole area has a really tranquil feel, Byron Bay like with good surf, luxury travellers, families, expats, and yoga lovers. Vegan cafes and trendy food spots line the parallel street to the beach at Santa Teresa. We ate at Zwart Café, a gratitude bowl with quinoa dressed in tahini, fresh tuna, kale and avocado. It makes my mouth water just writing about it.

Our final stop on our two week road trip, MANUEL ANTONIO. Manuel Antonio National Park is Costa Rica’s smallest but it sure does not disappoint. If you want to get up close with wildlife in Costa Rica, we found Manuel Antonio National Park the best to visit for that experience. Since the small national park is home to over 100 species of mammals and 180 species of birds, you can see a lot of wildlife. Some of the most common animals in Manuel Antonio are 2 and 3 fingered sloths, white face, howler and squirrel monkeys and toucans. We were lucky enough to spot a toucan, some sloths, monkeys, a boa constrictor and a whale migrating along the coastline. The beaches in the park put the cherry on top. Warm waters, palm trees and gorgeous wildlife surrounding you. Tacos and margaritas at Sancho’s capped off a great day with our travel buddies Tessa, Jordie, Bree and Jack.

The national mantra of “Pura Vida” explains so much of what Costa Rica is about. It’s all about accepting the beauty in the world, embracing life and living pure. It is by far the cleanest, most eco-friendly country we have visited on our eight month travels. The people seem to prioritise the environment, caring for their lands and oceans and wildlife. The government in 2009 announced an ambitious plan to make their country the first carbon-neutral nation in the world by 2021. It may be a difficult goal to meet in just three years time but their intentions and philosophies are forward thinking. They have since introduced a new initiative and a new goal of carbon neutrality for Costa Rica, but instead of 2021 it will be in 2085 in practice and formally in 2100.

One thing for sure is that, although Costa Rica is small in size, it offers some of the greenest scenery and abundant wildlife. Rainy season (from May to November) is a perfect time to visit, hostel and Airbnb prices are cheaper and there are far less people and more empty landscapes to enjoy. Do not miss it!

Check out the places we stopped off at: 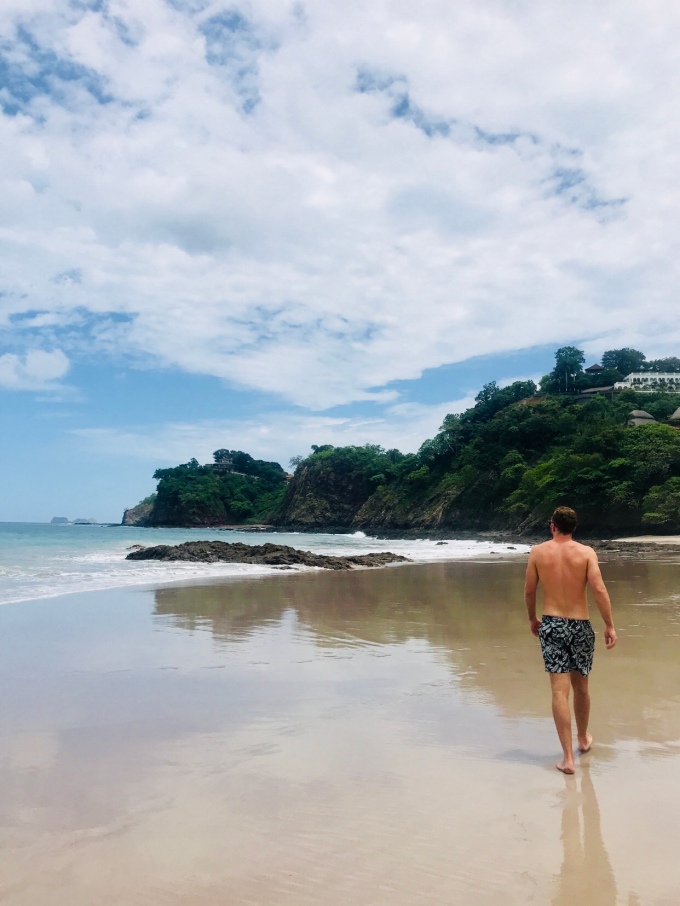 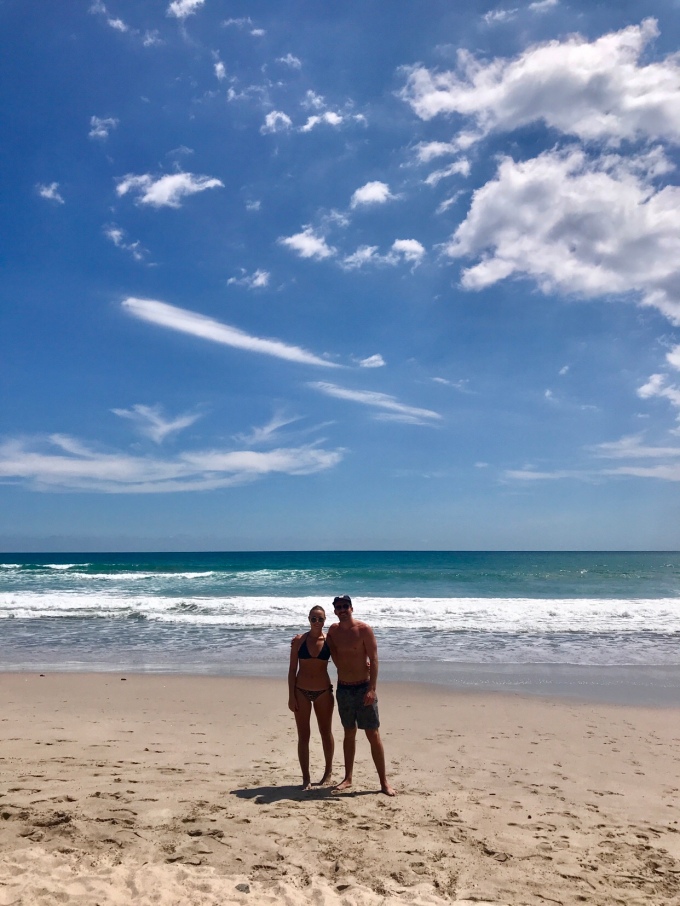 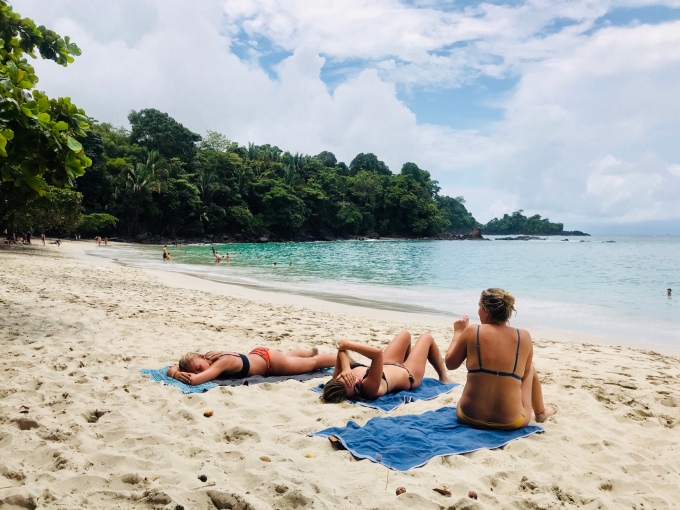 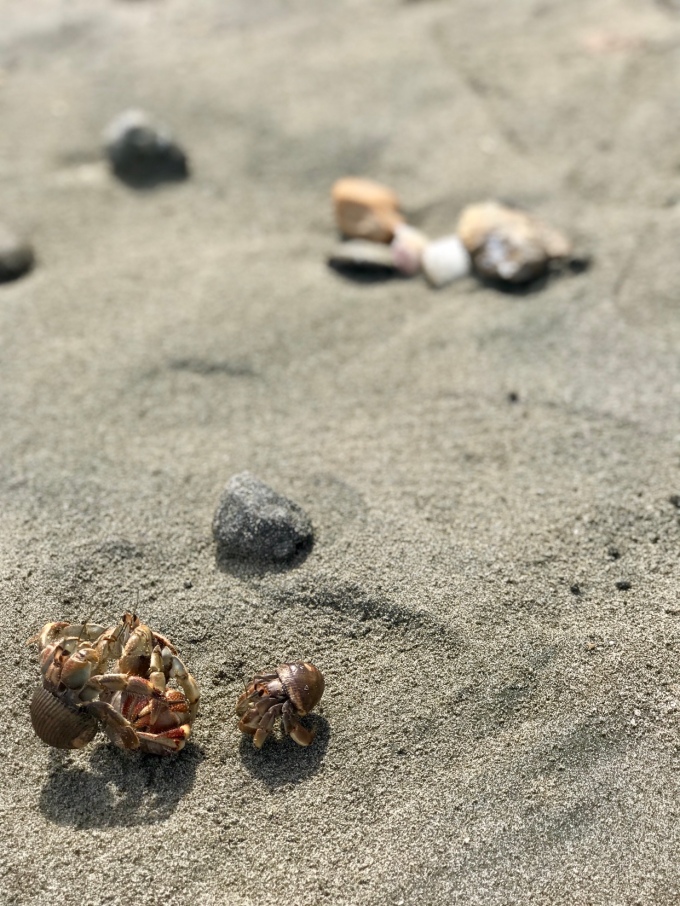 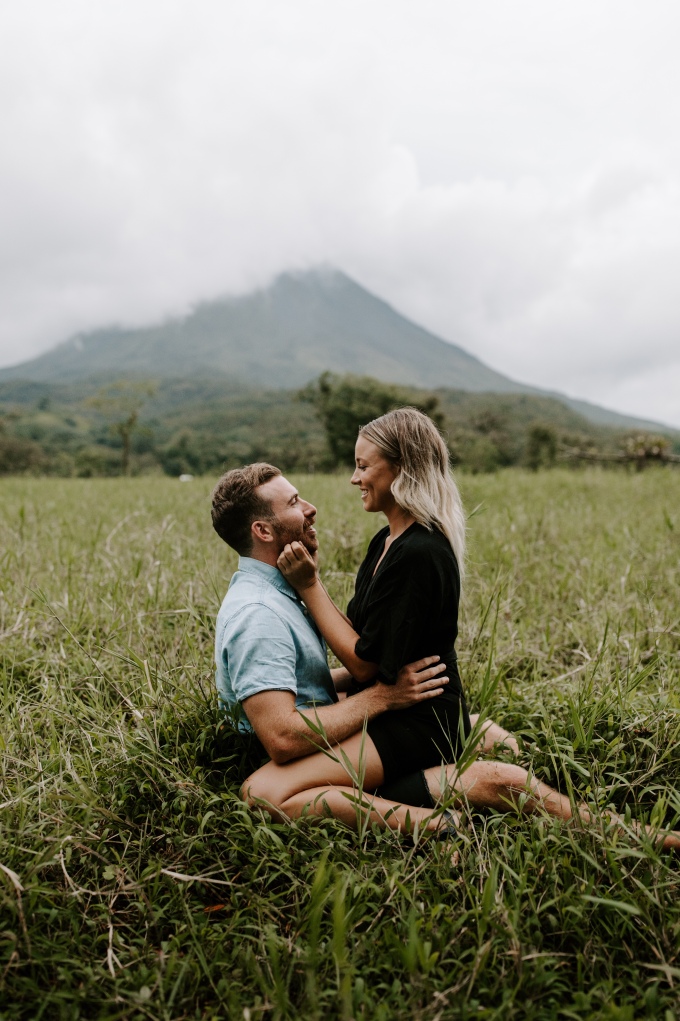 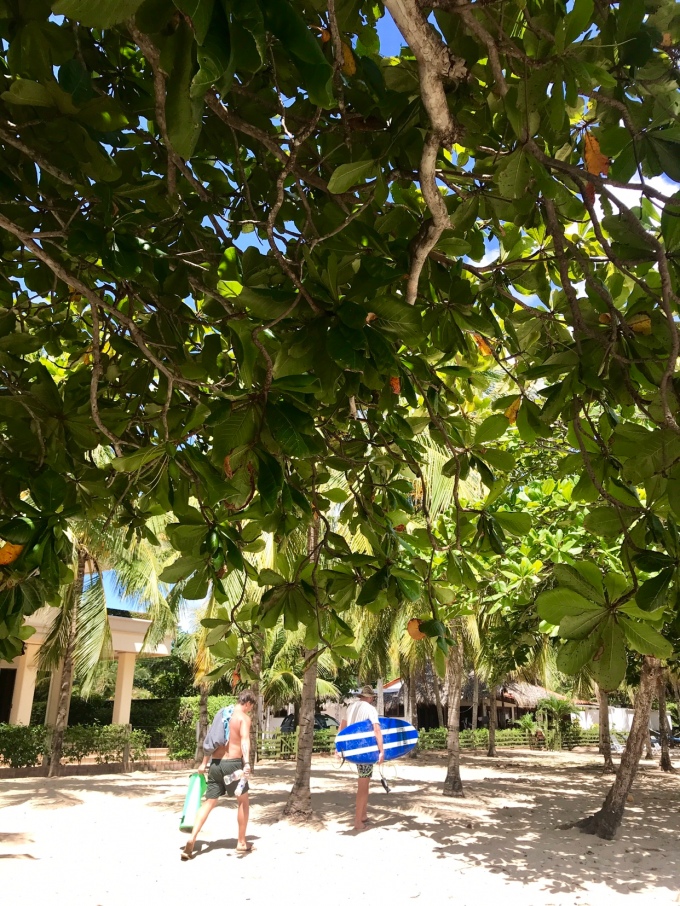 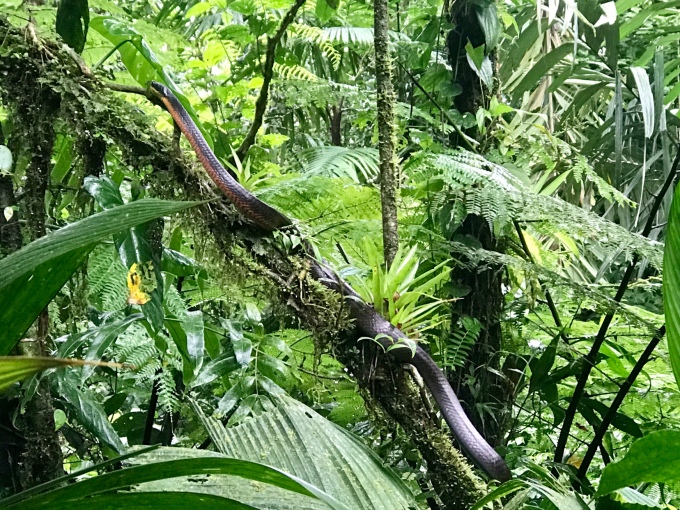 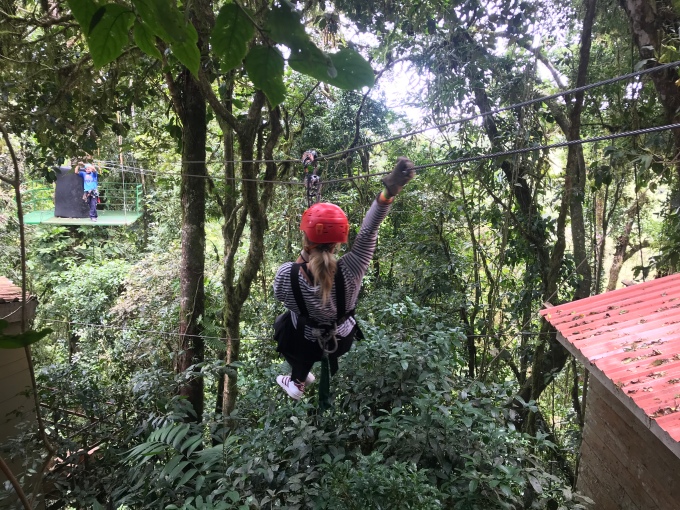 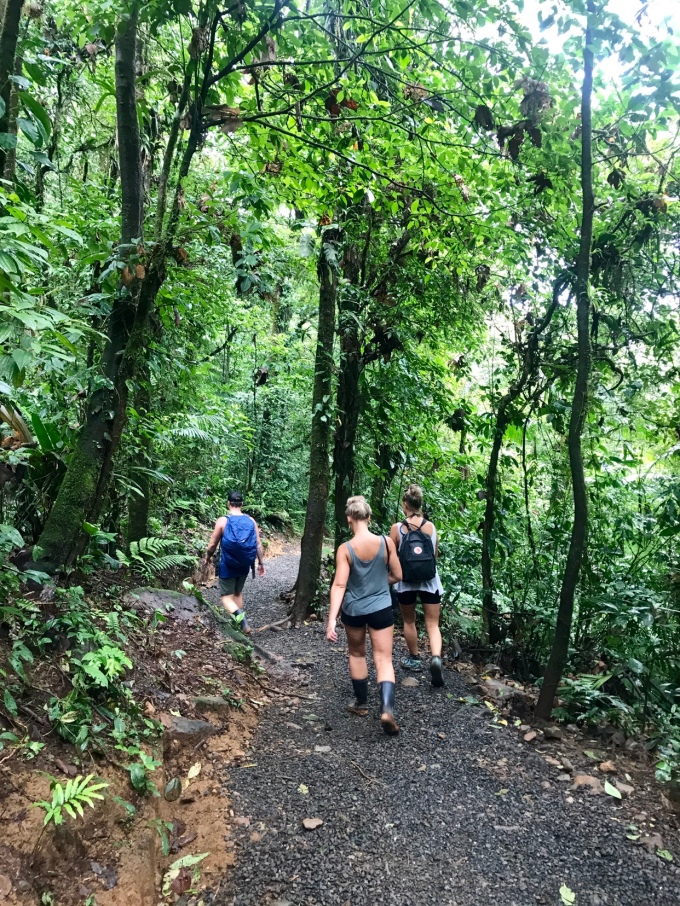 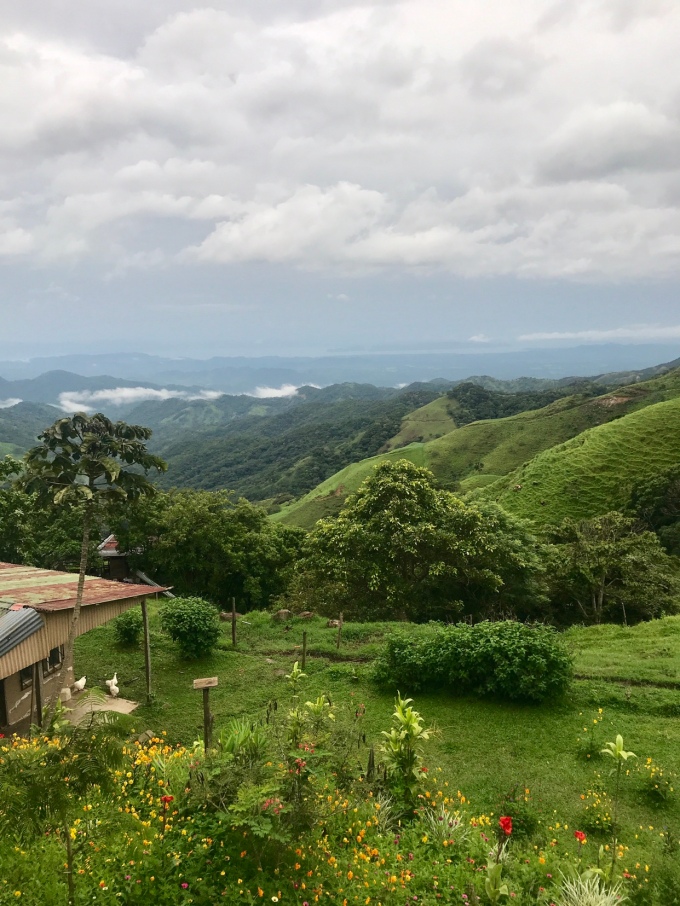 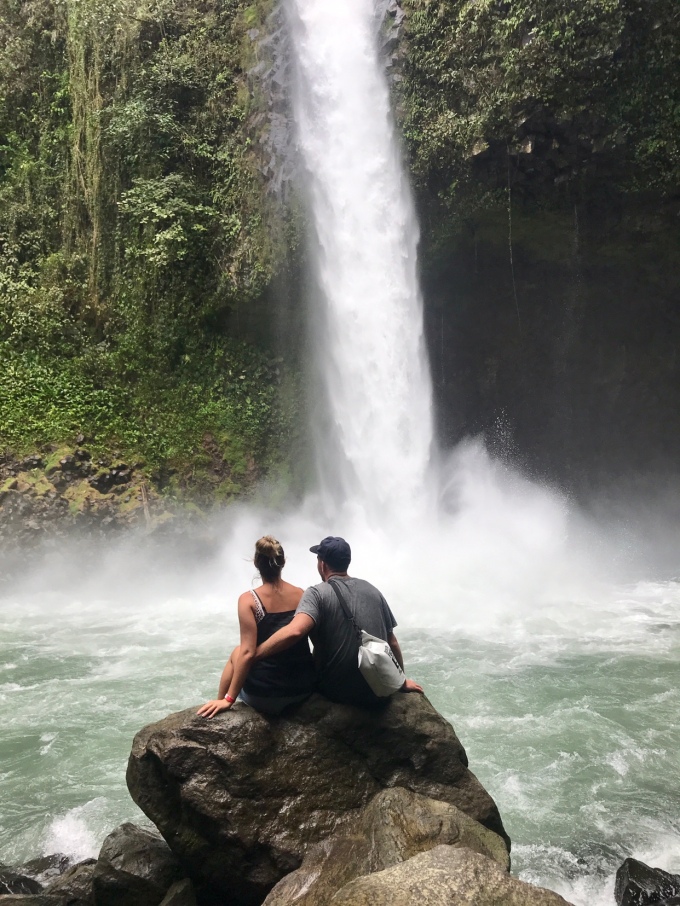 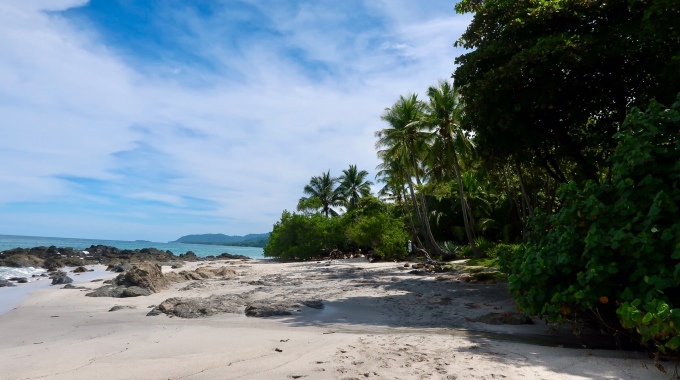